Fitlet RM is the latest ultra-compact PC measuring 10.8cm x 8.3cm x 2.4 so small in fact that it could fit in your pocket! Unlike the first generation Fitlet, it features a full die cast aluminium case weighing less than 220 grams. This Fanless mini PC is powered by a quad core AMD A10 Micro-6700T SoC processor and offers unprecedented I/O.

Fitlet RM’s new design is built to optimise the CPU performance whilst withstanding extreme rugged conditions – a definite step-up from previous Fitlet models and many Intel PCs. This is why we believe you should adopt Fitlet RM to power your industrial applications. 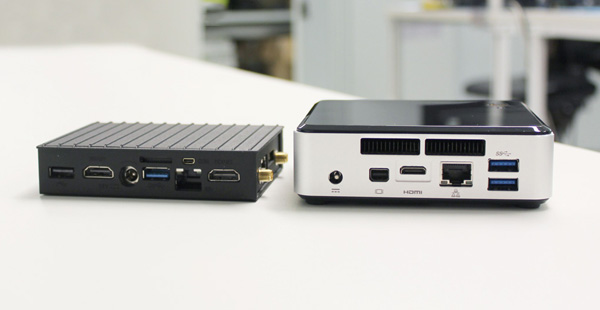 Fitlet RM comes with an all metal (aluminium) housing with interlocking parts for structural strength. Combined with passive cooling (no fan or moving parts), you get a PC that can truly withstand extreme and stressful conditions:

- Resisting all kind of dirty environments (factories, farms…): dusty, humid or polluted air.
Heat dissipation is by conduction to the housing so there is no air circulation on internal components – making it easy to integrate Fitlet RM in clean-rooms and sterilised environments but also removing the threat of failure due to fan malfunction or dust accumulation.

- Resistance to extremely high or low temperatures.
With no moving parts, passive cooling and SSD storage, Fitlet’s reliability and thermal performance are not reduced over time and can operate continually at a wide temperature range of between -40°C to +70°C.

- Resistance to vibrations and shocks.
Fitlet-RM has been thoroughly and successfully tested for vibration, stress and shocks: it has been driven over by a car and still booted up just fine.

Designed to optimise the CPU performance

Fitlet-RM is powered by a quad-core 64 bit AMD A10-Micro 6700T SoC CPU clocked up to 2.2 GHz (using boost technology). The all metal case provides higher heat dissipation management boosting the processor performance at its optimum level and therefore performing better than comparable Intel Atom based systems in both Windows and Linux 1.2GHz.

“The ability to unlock the TDP with its thermal design gives a great performance boost to the system.” confirmed AnandTech. “In fact, the [AMD A10 Micro-6700T] manages to surpass all equivalent Bay Trail and Braswell systems in almost all benchmarks”.

Commenting on the AMD A10 Micro-6700T processor, Phoronix says: “Overall, the Fitlet with AMD A10 Micro-6700T is another win for CompuLab. The Fitlet is very tiny and beats the industry-standard Intel NUC for small PCs, is completely fanless, and offers a wealth of connectivity options including dual Ethernet (or quad Ethernet with the Fitlet-X), multiple USB2/USB3 ports, 802.11ac WiFi that's Linux friendly, and even eSATA connectivity.

The build quality of the Fitlet is also fantastic - as has been the case with all CompuLab products I've reviewed over the past five years. As shown by the past few pages of results, the performance is also very compelling and beats out Intel Bay Trail SoCs along with Intel notebook CPUs of past generations - Core 2 Duo, Core i5 520M, etc. 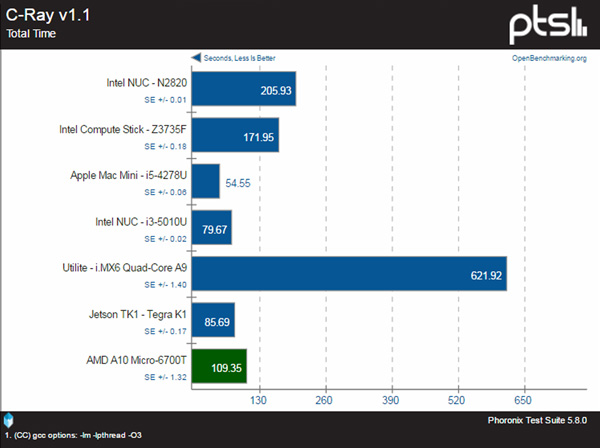 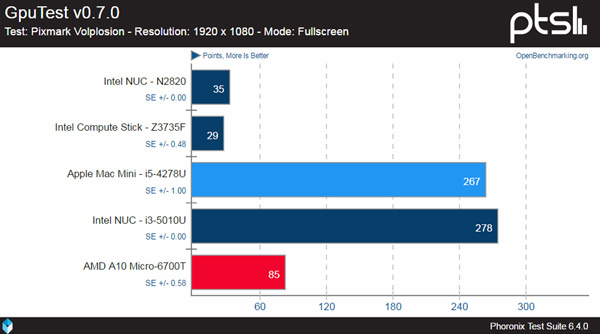 Comparing AMD A10 Micro-6700T with slightly higher-clocked Intel Atoms such as Z3795, Jason Bayton also confirmed Fitlet RM great performance. “Despite being a low power (4.5w TDP chip), the AMD A10 Micro-6700T is a capable CPU. In benchmarks it outpaces similar and slightly higher-clocked Intel Atoms of the same release period such as the Z3795, a chip commonly used in tablets and laptops, as seen by PassMark benchmarks”

“The Fitlet is by far the smallest, most useful mini-PC I’ve gotten my hands on so far. I’ve used NUCs in the past and while conveniently small they’re often hampered by limitations in hardware or cost.” 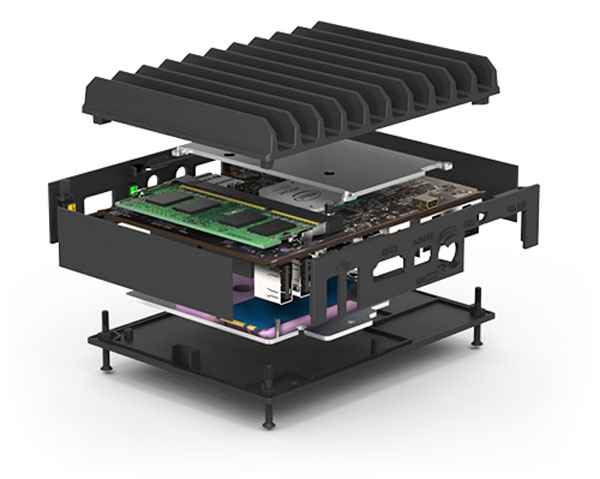 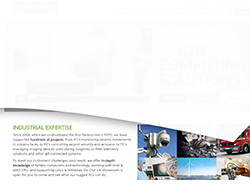